A play by C J Hopkins

Directed by Mark Bell (The Play That Goes Wrong)

Sam and Bob are not so much waiting for Godot, nor are they waiting for the audience to keep up. Their window on the world is one of menace, hilarity, disappointment and improbability, all delivered with a magnificent high-octane comic brio.

Anarchic and surreal, this delightful and confusing satire surprises and provokes in spades… or the nine of diamonds…

“A profound yet hilarious interchange between two of the most brilliant idiots one has the pleasure of being forced to watch.” 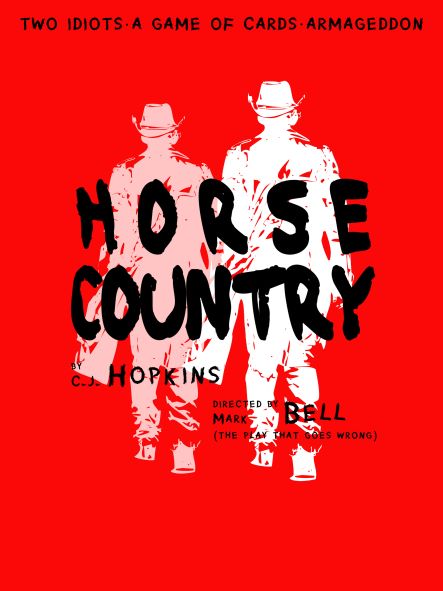