I'm Your Man: A Tribute to Leonard Cohen

Featuring many of his legendary songs, words and poems.

Leonard Cohen was one of the most successful singer songwriters of his generation. From his early career in the 1960’s to his death in 2016 he created a huge body of work, receiving International success and acclaim for his poetry and his songs. Now Steven Elliott and his team of musicians bring a new show to the stage which includes many of Leonard’s most famous songs; Suzanne, So Long Marianne, Bird on the Wire, You Want it Darker and Hallelujah to name but a few. A fitting tribute to the man, the poet and the singer who was an inspiration to so many people all over the world.

“Music is the emotional life of most people.” Leonard Cohen 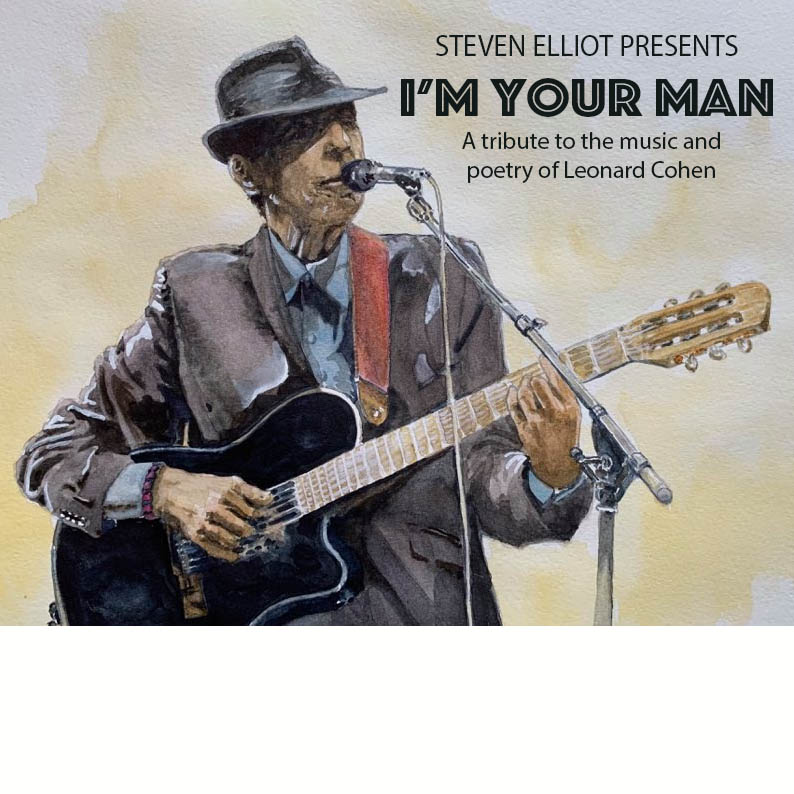