The Robbie Williams Live at Knebworth 20th Anniversary Tribute Tour celebrates the record-breaking show that was performed over three days in August 2003. Our show will recreate the music and magic of Robbie's biggest concert of his career, bringing the classic songs to life on stage with full live band and dancers.

Playing Robbie on the tour will be Dean T Betton, as seen on Britain Got Talent, who is a lifelong Robbie Williams fan and has been performing his Made of Candy Robbie Williams Tribute show for 10 years across the UK and Europe. Capturing his cheeky personality, moves and most importantly Robbies vocals, Dean brings the stage alive paying tribute to his idol.

This is a must see show for every Robbie Williams fan who wants to relive the love and nostalgia, music and performance of the biggest show of the biggest pop star in UK history. 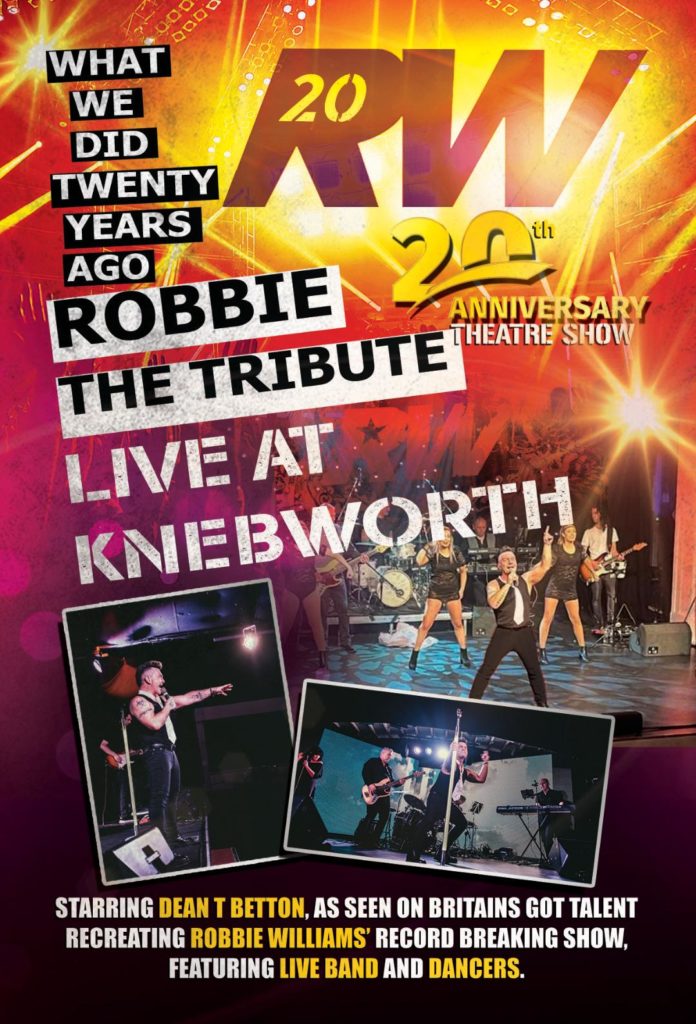