The Hound of the Baskervilles

Renowned stars of stage & screen COLIN BAKER (Doctor Who, The Brothers) & TERRY MOLLOY (Mike Tucker in The Archers for 40 years) are joining forces this autumn to play the world’s most famous detectives, SHERLOCK HOLMES & DOCTOR WATSON. Alongside DEE SADLER (All Creatures Great & Small, No Place Like Home), they star in a brand new stage adaptation of THE HOUND OF THE BASKERVILLES, on tour to commemorate the 120th anniversary of Sir Arthur Conan Doyle’s most popular thriller.

Presented by Crime And Comedy Theatre Company as a radio-play-on-stage, this tale of murder, mystery and horror is surely the greatest detective story ever told! 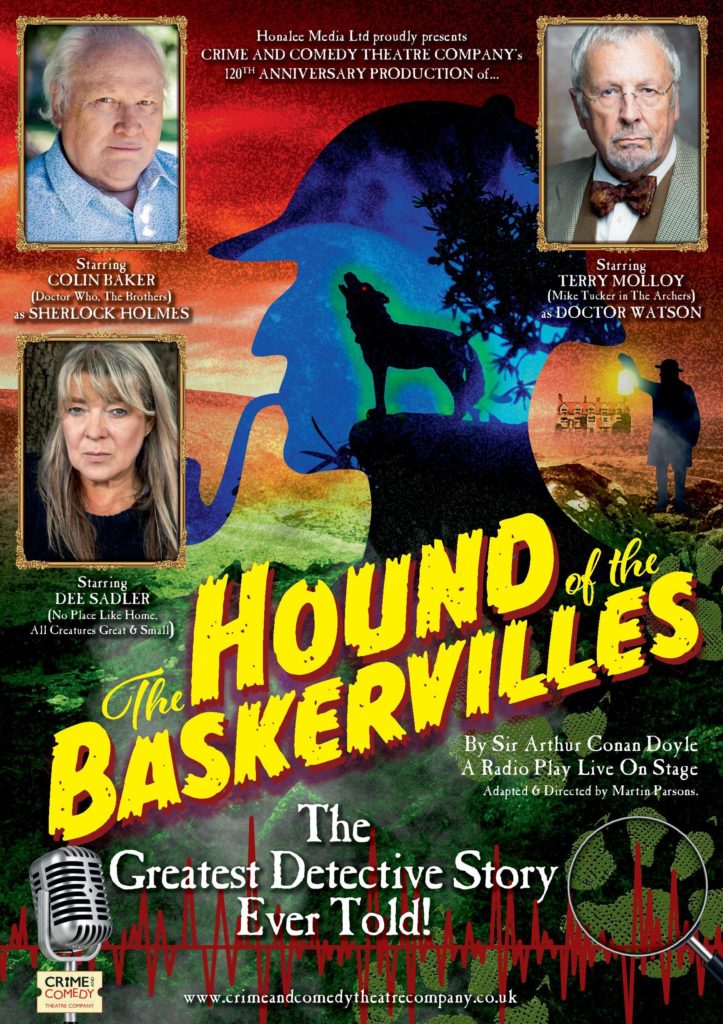