Brace yourself for what is going to be a unique and unforgettable evening at the theatre!  For the first time rugby legend Scott Quinell will share some of the most extraordinary stories and facts about his life both on and off the rugby pitch and how he has become one of the most recognised and respected Welsh figures. From growing up with Giants of the game to learning to read and write after his retirement and becoming a star of Television and Radio! Scott bares all with his hilarious tales, never seen before footage and colourful pictures of his colourful life. Which will leaving you ROARING in your seats!

Joining Scott on stage is his son “Steele” who whilst looking down at Dad (literally!) and maybe giving his side of some of the stories, will be performing some of the greatest songs from Musical Theatre!

You will have the opportunity to ask those questions you always wanted to ask! and there will be limited VIP tickets which will include priority seating, ‘Meet & Greet’ prior to or following the show; with signings, photographs and a general ‘chit chat’ with the lads! and of course your personalised souvenir programme. 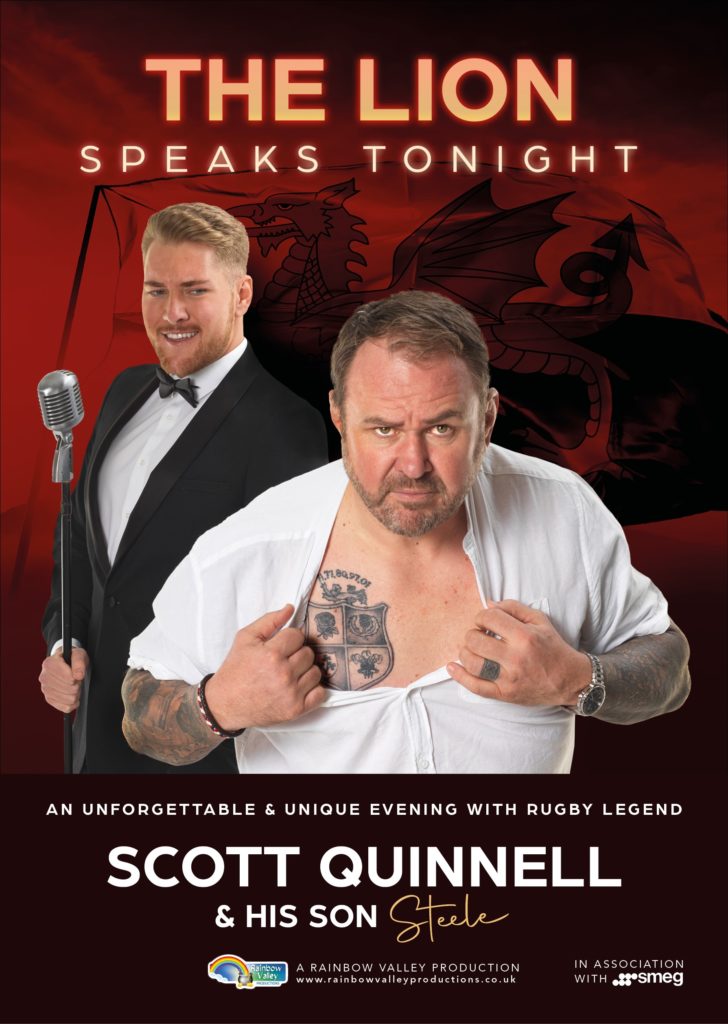